There’s a thread you follow. It goes among
things that change. But it doesn’t change.
People wonder about what you are pursuing.
You have to explain about the thread.
But it is hard for others to see.
While you hold it you can’t get lost.
Tragedies happen; people get hurt
or die; and you suffer and get old.
Nothing you do can stop time’s unfolding.
You don’t ever let go of the thread.

I was captivated this week by an episode of the podcast, This American Life. Specifically, this segment featuring the magicians Penn and Teller describing their process for developing a new trick. Teller, the conspicuously silent partner, has fallen in love with the idea of recreating a classic floating ball and hoop routine. Penn is less enthusiastic, as in not at all. As Teller works and works to make the trick worthy of their show by the standard they have agreed to over 40 years of collaboration he falls short time and again.

A breakthrough comes when they agree that the way to make the trick compelling to both themselves and their audience is to let the audience in on it from the very beginning. The trick begins with Penn’s announcement: “The next trick is done with just a piece of thread.”  And off goes Teller, beautifully and brilliantly manipulating a ball with nothing more than a piece of thread.

What Penn and Teller understood and acted upon – after years of work on one specific illusion – is what William Stafford implores us to do in the poem above: “You have to explain about the thread.”

I am often in a position to do exactly that. In the classroom or at a speaking engagement I am frequently asked about my own thread. Why do I do what I do? How did I get started? What are the steps I took from there to here?

I always respond in the same way, that I knew exactly what I was supposed to do with my life when I was 17 years old. A bright red thread emerged through my experiences in musical performance and student leadership. I was intuitively aware that the abilities developed and practiced in those early settings were the strengths I would call on throughout my adult life. I held onto my thread through the first few years of college but lost it completely once I had to marry my intuitive sense of it to the harshly practical world of “knowing what you want to do with your life.” I didn’t know how to manifest my nascent understanding of my thread into a next step. And I was too afraid to explain about the thread. I wasn’t willing to say, “This is my thread. I don’t know much about it but I do know a few important things, not least of which is that it’s mine. Will you please help me figure out where it leads?”

Instead, I let it slip away. As it turns out, it did not let go of me. We played peekaboo on occasion, a flirtation here and there, but it took over 10 years and an extraordinary confluence (aka, the thread working hard behind the scenes) of people and events to land me in front of a classroom of aspirational leaders. The specifics of that first class are hazy because my memory is dominated by the aliveness I felt at having my hands on the thread once again.

A few years ago my thread led me to the college classroom and the opportunity to teach and mentor undergraduate students. The thread has a solid sense of humor. It says, “You struggled to claim me as your own. Others struggle, too. Here is your chance to help a few people struggle a little less, to find the thread a little earlier, and to gain the confidence and declare their commitment to hang on.”

There is no “magic.” There is finding your thread and there is holding onto your thread because “while you hold it you can’t get lost.” There is demonstrating to all who cannot see it that what looks like magic is just your commitment to trust where it will lead. Sometimes, like Teller performing for a full house, we hang on with artistry and elegance. Sometimes, like Teller in the early days of practice, we hang on in spite of our fumbling because our curiosity compels us to learn where it wants to go.  And sometimes we don’t hang on at all. But it is there, waiting to dispel the illusion that we can find our way without it.

What is your thread? Where is it leading?
Who have you explained it to? Who have you asked for help?
What makes it hard to hang on?
Is there someone whose thread confuses you?
Will you listen to them explain about the thread?

For further reading, here’s another reflection on “The Way It Is” by Parker Palmer.

This is #40 in the series, “50 Ideas Worth Fighting For.” You’re one click away from reading another! 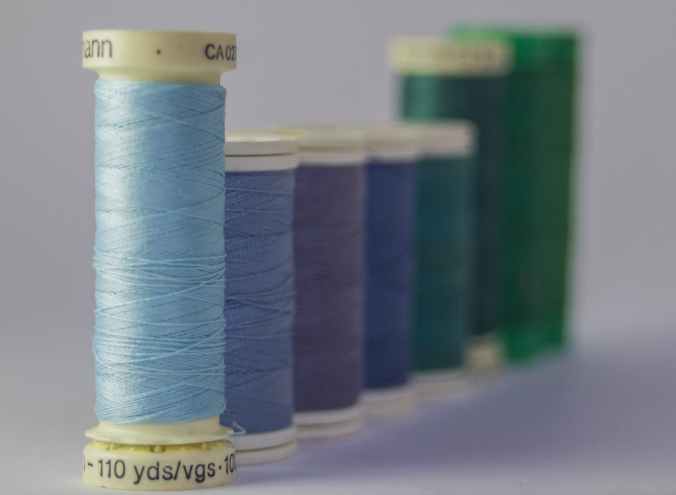 Photo by Irene Lasus on Pexels.com

“Work isn’t to make money. You work to justify life”

When I was 17 years old I knew exactly what I wanted to do with the rest of my life. I just didn’t know that it was possible to apply what came naturally to me to a formal educational and professional pursuit. And so began a 14 year journey to find what it was I was supposed to do with my life. When I finally landed on my vocation I was shocked to find that I had known the answer so many years before; that the answer had always been in me, just waiting to be unlocked and reintroduced to the world in a new and more profound way.

Of course, had I not wandered in the desert, searching in vain for the perfect fit; had I not been tested and molded by so many “roads to nowhere” I never would have found the road to somewhere. It was because of the work that was not my work that I was able to find the work that is.

James Michener wrote, and I’m paraphrasing heavily, that until we find our “thing” everything else we do along the way is creative. It’s all part of the process of learning who and what we are and how we are meant to use it in and for the world. Another sage, Joseph Campbell, said this:

“If the path ahead of you is clear, you are on someone else’s path.”

In other words, your path – the work of your life – is the one with all the obstacles. You have to fight for it, up and over, through and around; clawing, scraping, racing, pushing, pulling. This is how you know it is yours. And, in my experience, while all of that is happening you are deeply gratified by knowing that this fight is your fight, this labor is your labor; the work meant for you and you alone.

And what a joy it is to find that work. Truly, it is an exceptional thing to realize that this is my offering, my contribution. And with it comes a deep and significant responsibility to fully explore, fully realize and fully practice that which I am meant to do.

I am grateful on Labor Day to have found my work. More than that, I am grateful to have the resources, support, trust and well-being to fully express it.

“Real generosity toward the future lies in giving all to the present.”

DAVID BERRY is the author of “A More Daring Life: Finding Voice at the Crossroads of Change” and the founder of RULE13 Learning. He speaks and writes about the complexity of leading in a changing world. Connect with him on Twitter at @berrydavid.

We are living at such an extraordinary time when it comes to career options and opportunities. It’s a time when the cliché, “You can be anything you want to be” is truer than it has ever been.

Long gone are the days of slotting into a certain professional track or working your way up in a business to enjoy a lifetime of employment. Long, long gone.

In my capacity as a college professor I have the opportunity to formally and informally advise students about their career paths. Inevitably, even those with a pretty good handle on the degree they want to earn are beset by the question of what they want to do with it, what they want to be. And it is, of course, a vital question to answer well. But it is not the most important question.

For years now I have published the same post on Labor Day in which I talk about my personal journey of vocation seeking and finding. It took me a good long time to realize that I was asking the wrong question about how to discover and participate in my life’s work. Those were days made harrowing by feelings of inadequacy and a deep fear of wasted potential…unfulfilled expectations. I bounced around to roles and organizations that sounded good, sounded like me but that weren’t at all for me. I did this enough that I finally sunk into what today would be called a “quarter life crisis.”

I spent an awful lot of energy on “poor me” because I was stuck on that wrong question of “what.” I needed a concrete, black and white answer so badly that the harder I tried to figure it out the more elusive it became.

And when I finally stumbled out of another failed opportunity and sent my plea for meaningful employment into the freshly minted ether of cyberspace, a single response about an unthought of opportunity helped me begin to shift the question.

When I started to ask “who” I was reminded of the best of myself. I was reminded of the times, places, roles and experiences when I felt most alive. And the sensation I felt was not the satisfaction of having an answer, but the appreciation of finally having discovered my compass and my map.

{An enormously grateful hat tip to Cathy Earley for helping me connect the dots.}

DAVID BERRY is the author of “A More Daring Life: Finding Voice at the Crossroads of Change” and the founder of RULE13 Learning. He speaks and writes about the complexity of leading in a changing world. Connect with him on Twitter at @berrydavid.