For a healthy forest to remain healthy – for it to survive – it has to burn.

A forest has to burn frequently enough to clear out the understory – the pine needles, dry grasses, and smaller trees – that when left unmanaged can turn a necessary cycle of periodic fire into an inferno from which few forests can ever fully recover.

Too much fuel equals massive devastation. When that fuel is reduced the mature trees – the ones we think of as “forest” – remain unharmed and even strengthen their resistance to fire.

Since people don’t care much for fire, these “healthy burns” rarely get a chance to run their natural course. We stamp them out as quickly as possible and unwittingly create conditions for much worse outcomes down the line.

The natural world, in its taciturn way, is always teaching us how to work with change in our own lives and in our organizations, too.

Sometimes the understory has to burn – old hurts let go of, good people moving on, dated practices falling away – so that we have the space, once again, to imagine just how high we would like to grow. 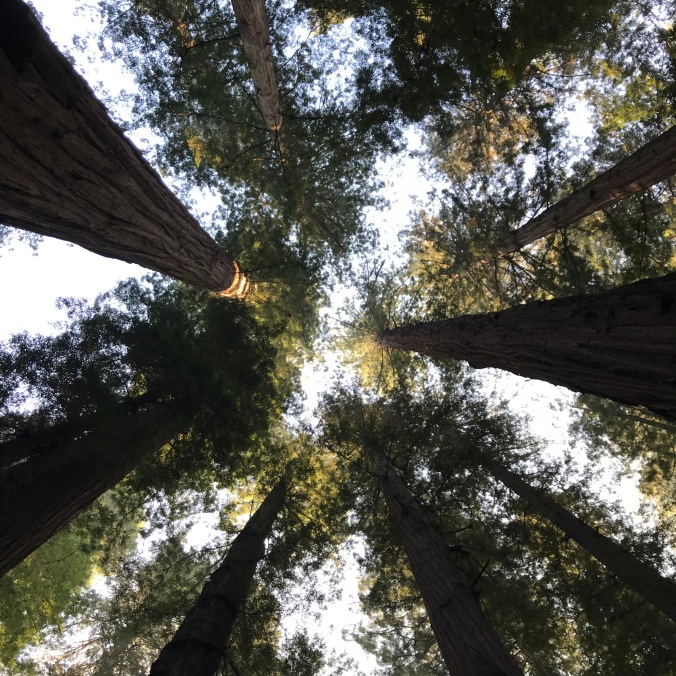 Jim Fowler is a gifted photographer who specializes in the native plants of the southeastern United States. His regular blog posts are a visual feast of plant varieties few of us will ever see in our lifetimes, and not just because of disadvantageous geography.

In Jim’s work, timing is everything. He relies on a network of fellow naturalists to tip him off about rare finds and he is known to pack his gear and head out at the drop of a hat when an extra special opportunity arises. His latest post tells the story of just such an adventure.

In it, Jim describes the achievement of a “bucket list” find, the Multi-flowered grass pink orchid. Here’s his description of the challenge of finding this rare species:

“…the orchid blooms only after a prescribed burn in the Pinus palustris or Longleaf pine savannahs of the national forest. Moreover, when it blooms, all of the flowers…open in one or two days, and they remain open for only a few days, making it difficult to photograph it unless one can be there during that brief period of time.”

Did you catch that comment about the “prescribed burn”? Here’s more about what that is and why it matters from the website of the US Fish and Wildlife Service Southeast Region:

“One of the greatest conservation tools we use in habitat management of our refuges is prescribed fire. While fire is applied to reduce the risks of wildfires on our refuges and surrounding homes, it also encourages native plants and wildlife habitat. This rare orchid, the multi-flowered grass pink, is a perfect example. It is considered globally imperiled and critically imperiled in the State of Mississippi. It was discovered on the Mississippi Sandhill Crane National Wildlife Refuge following a carefully planned and precise controlled burn that was used to reduce the hazards of wildfires and improve the surrounding savanna grassland habitat. Like many plants of the savannas, this rare plant is fire dependent. It requires fire to stimulate flowering while reducing the brush to allow more light for the plant to grow.”

I am neither a naturalist nor a botanist, but I am passionate about how much we can learn from the natural world if we are just occasionally willing to slow down and pay attention. I am also passionate about the subject of change and the fulfillment of human potential and to that end I have come to the conclusion that if a “prescribed burn” is good enough for the rare flowers of the savannahs then it is good enough for you and me.

The way to find the very best of us – the rare and wild plant that is blooming within – is to get rid of everything else that’s in its way. This requires the heat of discomfort, the burning away of the ideas, perceptions, habits, attitudes, and reactions that hold us back.

What remains, once the smoke clears, is an interior landscape, at first scarred and vulnerable, but now loaded with the potential for extraordinary growth. This open space is just what’s needed to allow something new, something even more compelling, to take root and grow.