Have you felt the twinge, maybe even the jolt of resentment, jealousy, frustration, or anger when someone else, usually a close friend or family member, breaks through to a new level of success?

Have you slunk into the rut of envy, wondering why they got so “lucky” and you’re just as unlucky as ever? Have you ever asked yourself, “After all the work I’ve done, and all of the ways I’ve been there for them, who are they to get this exciting, career defining, life-altering opportunity??”

Some version of that, perhaps?

I know I have. And it tastes like poison dripping down the back of my throat.

The antidote to this toxin, I finally learned, is a two-part cocktail: (1) Cheer them on, root for them, offer support, vigorously and consistently. And not just them but anyone you encounter who catches a break, gets a new chance, or makes a big move. Be their biggest fan. (2) Get to work on what you care about. Put in the hours and the sacrifice to create the momentum that often, though not always, generates it’s own “luck.”

This is what my “lucky” friends have in common: they care about other’s success and they put in the work. The two feed off of one another, creating a virtuous cycle of positive energy and opportunity.

It’s too easy to be the victim, the unlucky one. That’s a hiding place and a crowded one at that. Far better to step into the light of day, a source of energy for others and a source of inspiration for yourself. 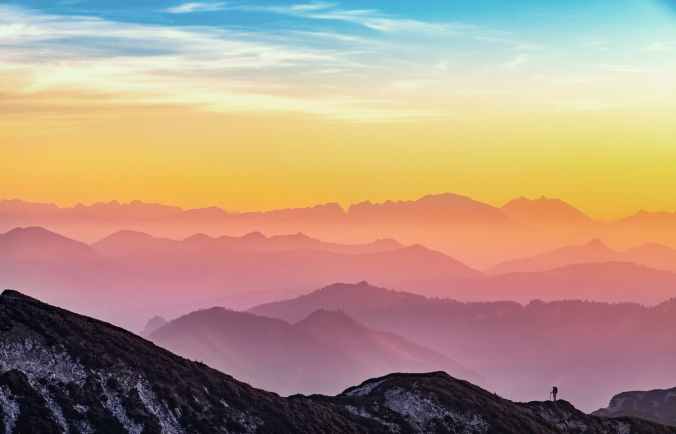 Photo by Simon Matzinger on Pexels.com

It goes like this: imagine you are standing in a circle large enough to contain everyone you know. And imagine that everyone standing in that circle is able to toss into the middle of it, for everyone to see, every problem they have.

Take a moment to imagine that.

And then imagine yourself surveying all of it, really seeing it and accepting it for what it is and what it must mean to the person who threw it in there.

Seeing it, the crushing reality of it all, allows us a moment to shake ourselves awake and then, as quickly as we can, grab our own problems back from the pile.

My thought is, let’s skip the circle and the pile and the grabbing back of our own stuff and just go with more empathy.

We’ll have really done something when we can do that. 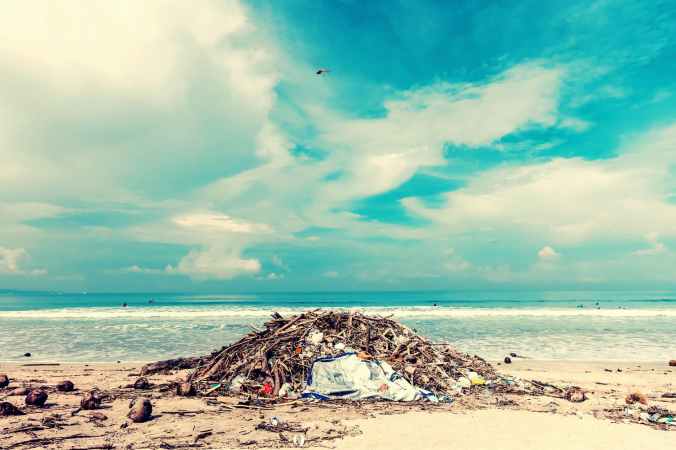 Photo by Artem Beliaikin on Pexels.com

“Almost everything will work again if you unplug it for a few minutes,
including you.”
– Anne Lamott

If you are reading this on Sunday afternoon, I hope it’s from an easy chair or the sofa. I hope you’ve just returned from a hike, or even a walk around the neighborhood with your pup. Or maybe you just popped in from the garden for a glass of water (a cold beer?!) and took a quick peek at your phone.

If you struggle to slow down, you’re not alone. Dividing up a two-day weekend between activities, commitments and relaxation can be tough. The truth is that we are pretty lousy at giving ourselves permission to step away from the grind of our responsibilities.  A quick search reveals that in 2018, the US workforce allowed 768 million vacation days to go unused. Approximately 70% of employees did not use all of the time they had coming to them.

That’s both a waste and a shame especially when it’s a safe bet that you aren’t going to be sitting around in 10 years telling stories about how great it was to do more work when you could have used that time to do anything but.

For our sanity, for our health, for our families, and just for fun, we have to do better. You can start this weekend. There’s just enough time. 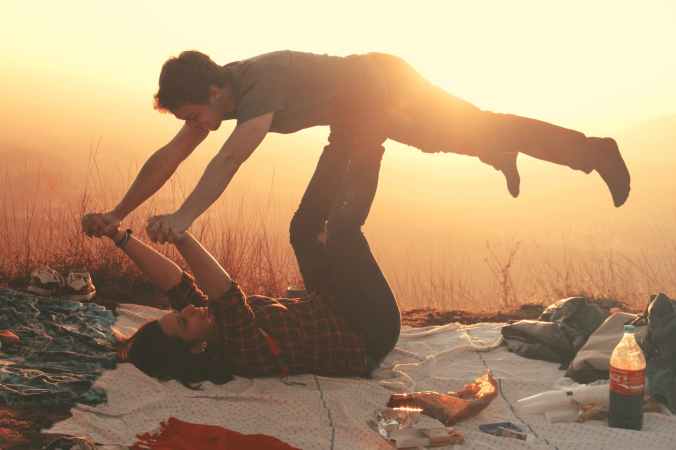 Photo by Helena Lopes on Pexels.com

I was scrolling through the customer reviews of a movie a friend recommended and I got a terrible case of whiplash.

Just at the edge of falling down the list much further than I had ever intended, I remembered something crucial: my friend recommended it to me.

So I watched it and it was great. And I am not surprised because my friend is great, and she likes interesting and informative things that I nearly always enjoy.

Random user reviews are meaningless. So are referrals, and proposals and anything else that places a significant demand on your time and attention by someone about whom you know absolutely nothing.

Fall instead down the rabbit hole of great relationships and learn to trust them. They will send you all you need. 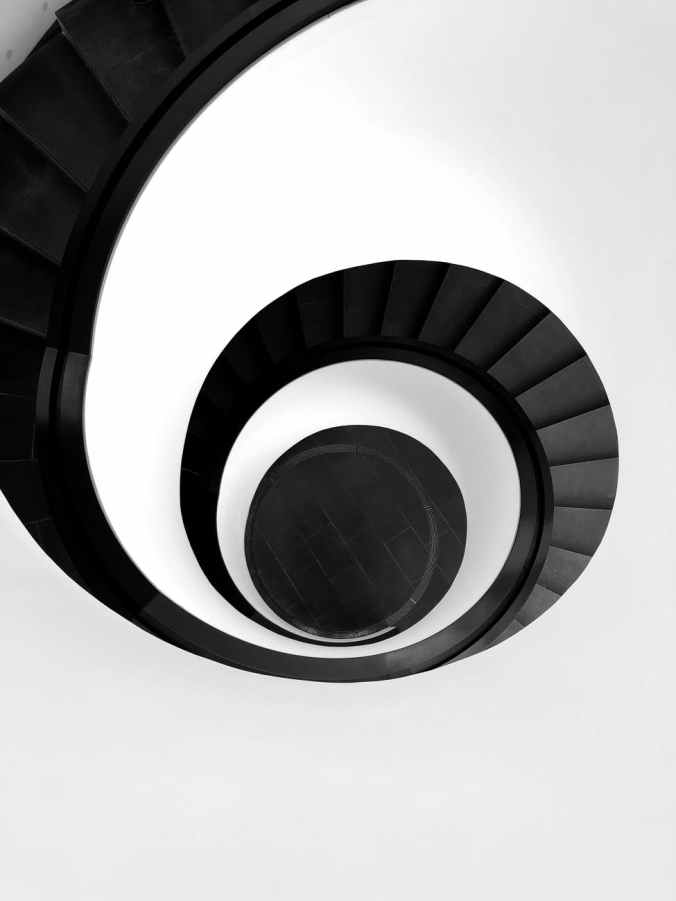 Photo by Robin Schreiner on Pexels.com

Extreme exertion
isolates a person
from help,
discovered Atlas.
Once a certain
shoulder-to-burden
ratio collapses,
there is so little
others can do:
they can’t
lend a hand
with Brazil
and not stand
on Peru. 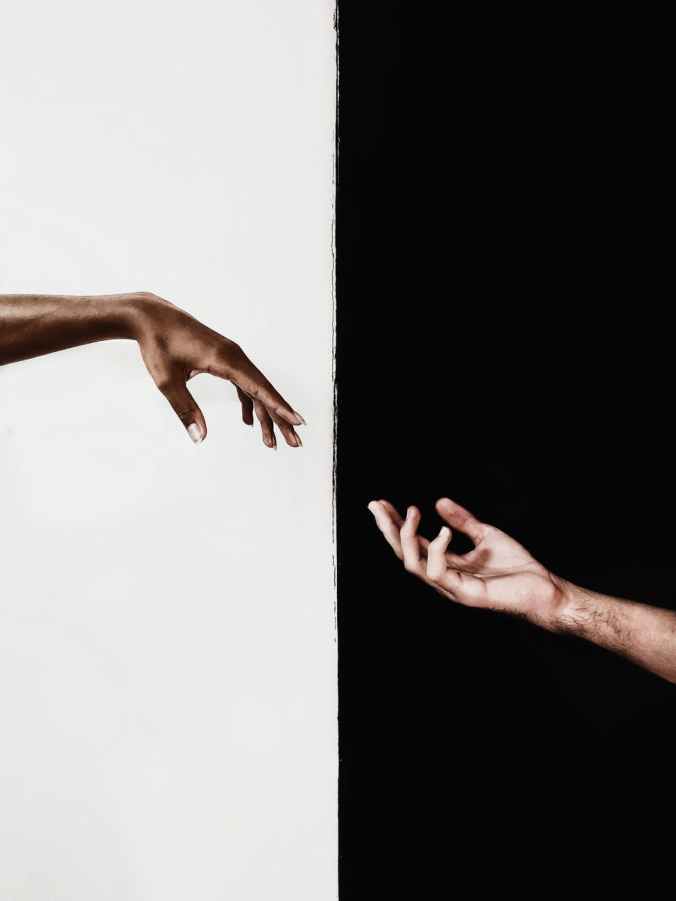 Photo by Matheus Viana on Pexels.com

“The original, shimmering self gets buried so deep that most of us end up hardly living out of it at all. Instead we live out all the other selves, which we are constantly putting on and taking off like coats and hats against the world’s weather”

I like the way that it makes me uncomfortably aware of my internal conflict. On one hand I feel the shame of knowing that he’s right. I peruse the catalog of all of the other selves I have lived and it’s got more pages than I can count!

On the other hand, I read it with feelings of thankfulness and even a sense of freedom. I consider the work I have done to both recognize and reattach to my original shimmering self and I am proud of how it has allowed me to discard a bunch of old coats and hats!

My thankfulness comes from the appreciation I feel for the many kind and patient people who have both insisted on and supported the reemergence of my original self. These are the people who remain in this conversation with me, unwilling to put me in the box marked “Done” and unwilling to allow me to do so either.

I continue to clean out my closet and I continue to discover old coats and hats, fewer than before but still some remain.

Packing them away for good is the work of a life.

Do I insist on action when more reflection is needed?

Do I got lost in reflection when I need to get moving?

Do I default to the comfort of my competence when the discomfort of connection is what the moment requires?

Am I living from the outside in or from the inside out?

Do I stubbornly remain at my desk when my body is asking me to get up, to move, to walk, to breathe, to play? 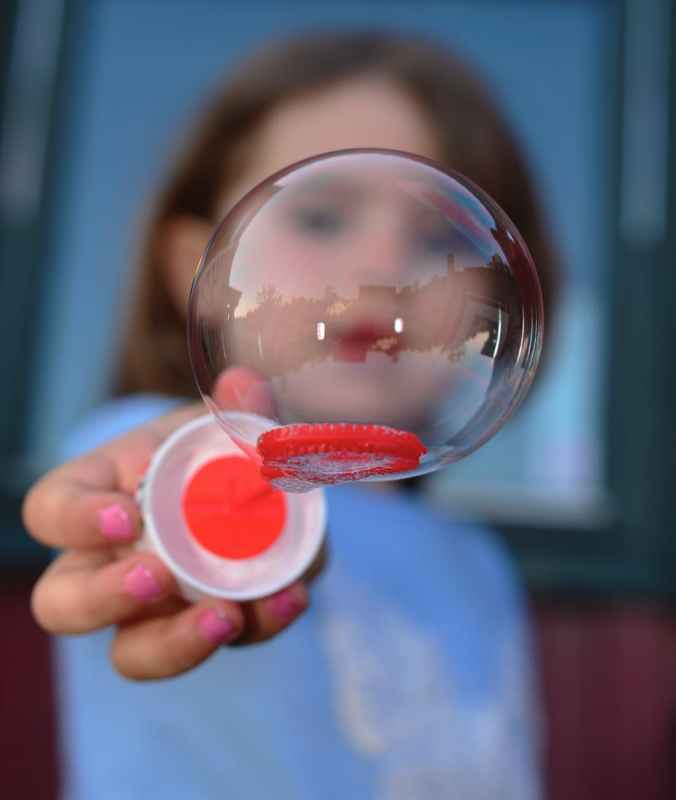 Photo by Snapwire on Pexels.com

“The tree which moves some to tears of joy
is in the eyes of others only
a green thing which stands in the way…
As a man is, so he sees.”

Last year at this time, with the semester drawing to a close, I decided to share with my students some images from a recent trip to the Humboldt Redwood State Park here in California.

I wanted to share my childlike enthusiasm for these magnificent trees. I wanted to inspire them to seek out wonder and awe in their lives.  I wanted them to remember that in the field of “management” (which is what the course tells us we are studying) we do well to remember that organizational life is first and always a human endeavor.

I wanted them to believe my admonition that a profound sense of awe and wonder – an appreciation for the spectacular miracle that is any living and learning system – is essential if we are to appropriately honor the very real human beings present in our workplaces, responsive to our decisions, trusting of our intentions.

I then took it a step further. I encouraged, even challenged them to choose to be redwoods in their own communities. I suggested that such a choice comes with great risk because a redwood outside of a redwood forest would be seen as a peculiar, if fascinating anomaly. I then suggested that living a “redwood life,” conspicuous though it might be, might just inspire others to do the same, and that we might just create an entire forest of people fulfilling their potential for growth and impact. In fact, it would be the only way for them to survive.

Redwoods are shallow rooted, a shocking realization given their massive size. Instead of deep roots to support them they use their upper limbs to make contact with their neighbors and together form a dense network of mutual well-being.

Stand tall, reach out, help one another. Live a life of wonder and awe at the gifts of living and learning. 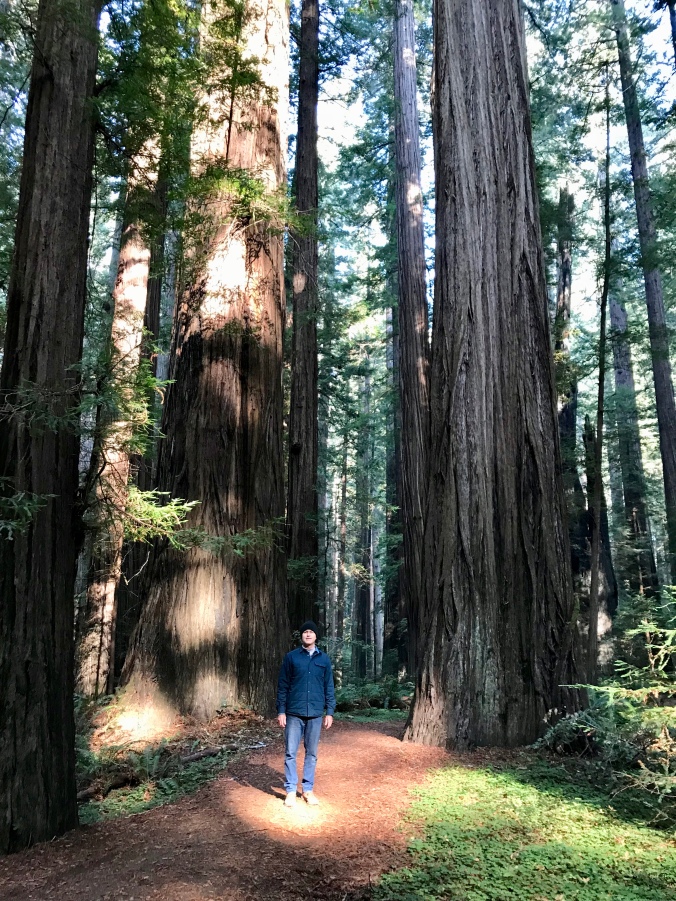 Each part of us
alerts another part.
Press a spot in
the tender arch and
feel the scalp
twitch. We are no
match for ourselves
but our own release.
Each touch
unlatches some
remote lock. Look,
boats of mercy
embark from
our heart at the
oddest knock. 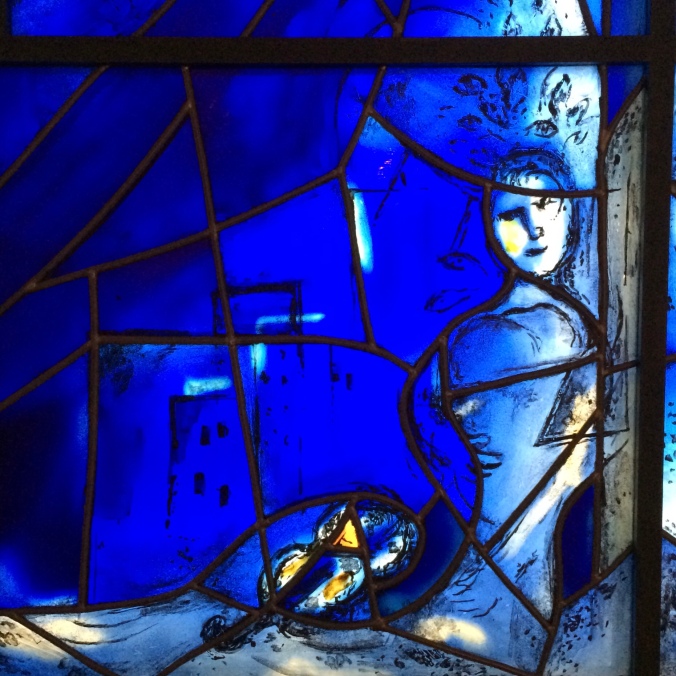 I was reminded the other day of just how easily my default responses flow from my highly developed rational self (left brain) rather than from my more vulnerable, less practiced emotional self (right brain).

I seek concrete explanations and action steps – my need to know how and why and to know it right now! – because they are easier to process than the abstractions of feeling that are implicit in every interaction.

As a result, my emotional vocabulary is far less developed than my logical one.

Fine, good, alright and No, I’m just tired are safe, easy substitutes for what’s really going on with us most of the time. They are shortcuts that rob us of a deeper understanding that is required for any relationship to be sustained and to grow.

Fresh off of this insight I decided to see what I could find online about “feeling words” and found this very helpful resource.

I’m going to print a few copies and keep them close by so that I am better equipped to both offer and inquire about a more thoughtful understanding of the feelings present at any given time.

I’m guessing that’s going to make my conversations a little bit scary and weird for awhile. I’m also guessing that, with practice, it will make them better, more meaningful and more fulfilling. 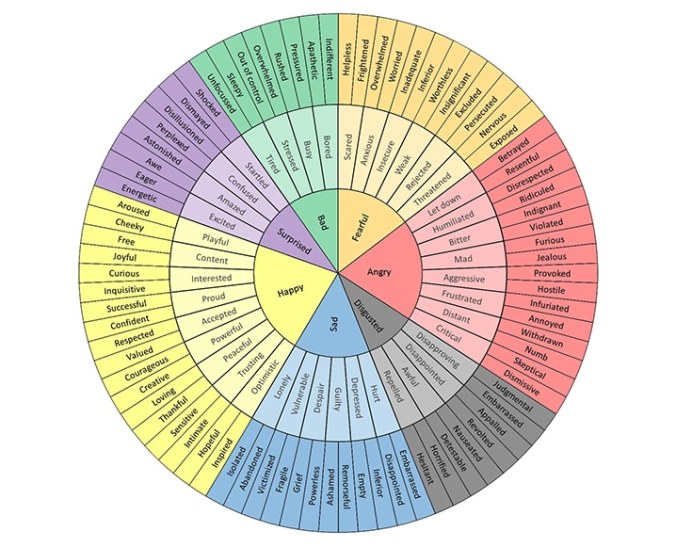