I recently shared an idea with a group of 20 people.

Three of those people affirmed and encouraged it. That’s 15%.

Three of those people rejected it. That’s another 15%.

I did not receive a response from the other 13 people, the remaining 70%.

Now, the decision is mine: do I fixate on the 15% who rejected it or the 15% who encouraged it?

I am hardwired to do the former. We all are.

But no dream of creation ever came into being because it was hardwired. Sometimes all we’re given is the tiniest shred – far less than 15% – and our job is to take that sliver of possibility and breathe it into life.

A chick has just so much time
to chip its way out, just so much
egg energy to apply to the weakest spot
or whatever spot it started at.
It can’t afford doubt. Who can?
Doubt uses albumen
at twice the rate of work.
One backward look by any of us
can cost what it cost Orpheus.
Neither may you answer
the stranger’s knock;
you know it is the Person from Porlock
who eats dreams for dinner,
his napkin stained the most delicate colors. 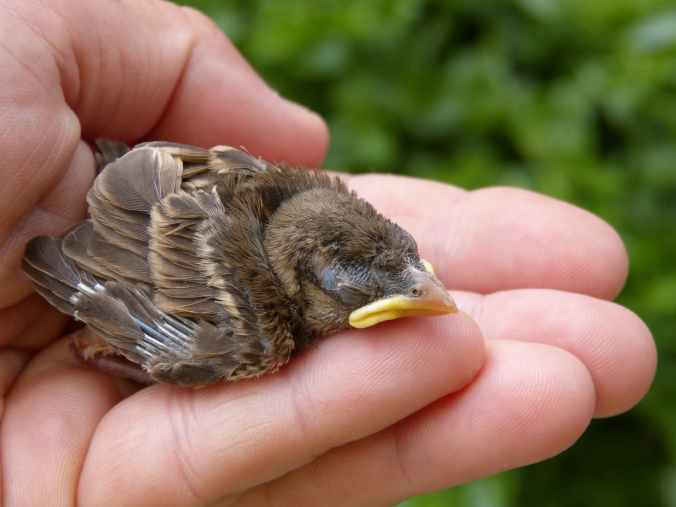